At camp we pride ourselves on being a place that accepts everyone, and we embrace the weird and the wacky. This summer, “weird” has taken on a new meaning. Before arriving at camp, we were nervous. As we worked on policies to keep our campers safe, there were countless ever-changing state and federal mandates to consider. We knew that everyone needed camp more than ever. 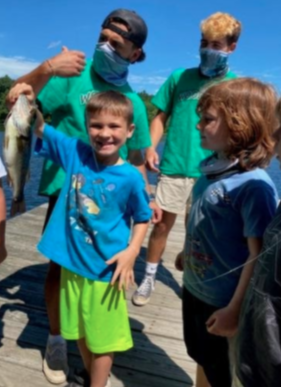 We had an earlier and longer staff training to hone our protocols and get camp ready. Our biggest project was finishing up work on the new waterfront. This incredibly exciting endeavor taught me that sometimes not even the low ropes course can compete with the team-building exercise of fence building, dock moving, or sand raking. After lots of time indoors quarantining with great company, those work projects became endlessly fun. Our teamwork on the waterfront set the tone for the summer and has only gotten stronger.

One of the policies we implemented was for campers to wear their masks while passing different groups. We were worried this would be difficult to enforce and would be a lot for the campers. Our theme for the first week of the summer was “Wild, Wild, West.” Masks became a way to hide from bandits. The counselors turned what we thought of as a chore into a game the campers could not wait to play, and we were immediately put at ease. 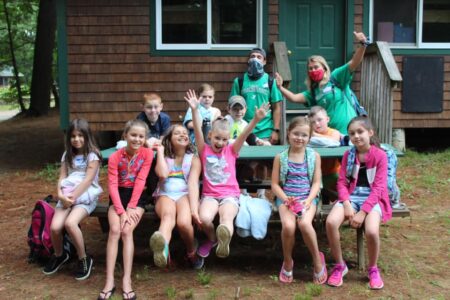 Since then, day camp has continued to bloom. With expanded sessions to accommodate increased demand we have used all 93 acres and our beautiful 75-acre lake. It’s been a blast. We can’t believe we are already nearing the end of the summer. It is one we won’t forget anytime soon.